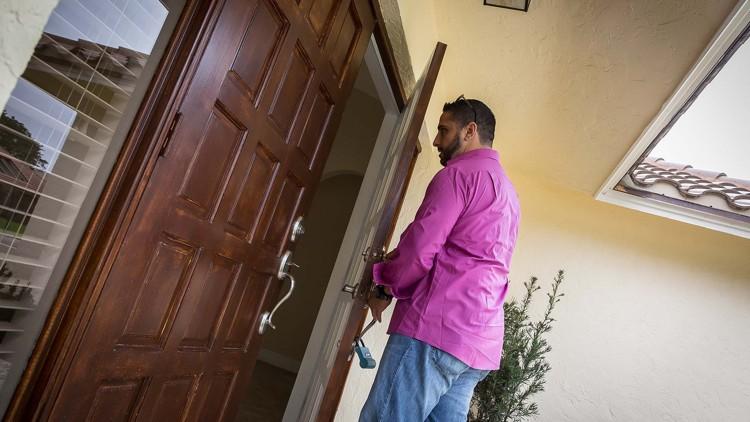 Flipping, which attracted hordes of novice investors during the real estate boom and spawned popular TV shows, was down 14 percent in 2013 compared to the previous year with 949 Palm Beach County homes being flipped, according to a year-end report from housing analysts at RealtyTrac.

Statewide, home flips — defined as when a property is purchased and sold again within six months — were up 19 percent with Jacksonville seeing one of the biggest increases nationwide among metro areas as flipping jumped 92 percent.

At the same time, Tampa experienced one of the highest decreases nationwide with 17 percent fewer homes being flipped in 2013.

“Profit margins are a lot thinner than they were six months ago,” said Mike Mondelli, president of the Delray Beach-based company Flip Homes Today. “I can find distressed properties, but investors are trying to flip them for too much money.”

RealtyTrac’s flipping data goes back to the beginning of 2011, the same year many economists believe Florida’s home prices hit bottom. It shows home flipping peaked in Palm Beach County during the fourth quarter of 2012 when 8 percent of sales were flips.

Palm Beach County’s decrease in flipping coincides with an increase in median home prices. December’s median sales price for a single-family home was $265,000, tying the year’s peak price in April. The median price for a condominium in December was $120,750, up 22 percent from the previous year.

“I advise people who don’t have a lot of experience in this business to proceed with caution,” said Jared Dalto, a Realtor with the Palm Beach Group at Seawinds Realty. “If you’re not careful, you can lose your shirt on one deal.”

Mondelli said he needs to buy 30 percent to 40 percent below market value to make any money on a home flip after renovation.

“Banks are holding out for higher prices because there are so many investors flooding the market,” Mondelli said.

Today’s flippers aren’t the speculative buyers of eight years ago who came in with high-risk mortgages and left a trail of foreclosures behind them. Cash carries the real buying power now unless the home is considered a buyer’s primary residence.

Half of the homes sold in Palm Beach County in December were cash deals. Nearly 72 percent of condo sales were conducted in cash.

But what’s happening to the flipping market is more complicated than just rising prices. The influx of Wall Street investors and billion-dollar hedge funds intent on buying and renting has taken inventory off the market long-term.

Banks are also wary of flipping, requiring some buyers to hold a house for at least three months before re-selling.

Mortgages too can be a wild card. If a buyer’s bank won’t appraise a flipped home at the asking price, the flipper could be out money.

“They may have to get used to holding a property a little longer,” Dalto said. “They’ll need deeper pockets.”

Mondelli said he was offered a chance to bid on about 120 South Florida homes recently offered for sale by Dalland Properties, LP. Property records show the Fort Lauderdale-based company started buying in Palm Beach County in 2011 and now owns more than 150 houses. He was interested in six of Dalland’s homes.

“I made an offer I thought they couldn’t refuse, but they refused it,” Mondelli said.